WHAT IS MARSALA WINE?

YOU PROBABLY KNOW THAT MARSALA IS A WINE THAT CAN BE ADDED IN SAUCES AND DESSERTS, TO GIVE THEM A RICH TASTE! BUT IT'S NOT JUST THAT, SO READ ON TO LEARN EVERYTHING ABOUT IT! 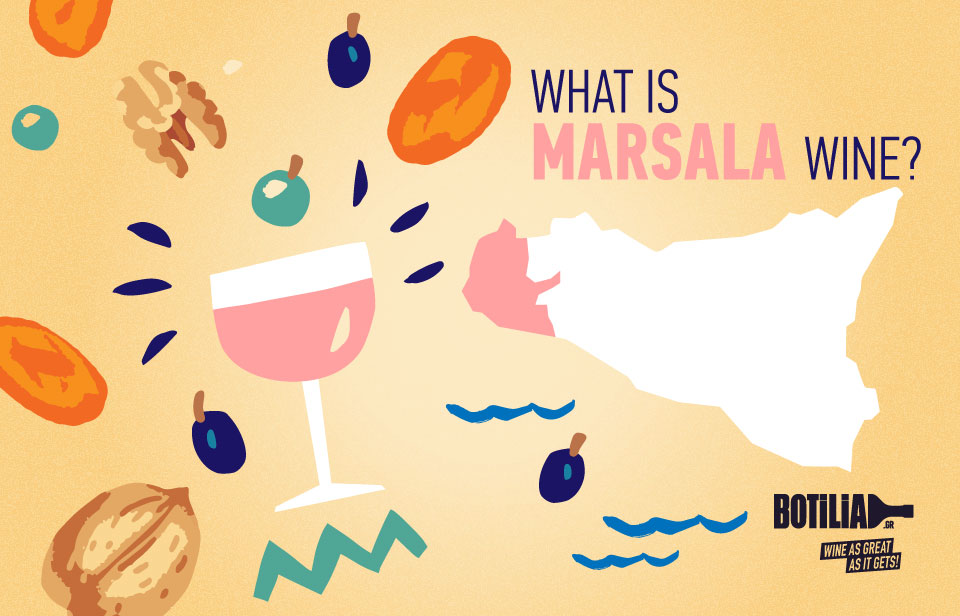 Marsala is an Italian city in Trapani region of the westernmost tip of Sicily. It is the most populous city in the region and in fact the fifth largest allover Sicily.

It is world famous for its well-known, fortified wines that can accompany a variety of dishes but are also used in cooking. 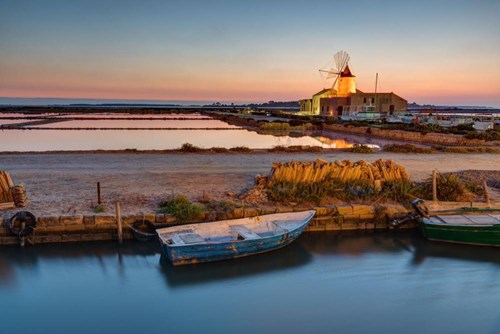 But let's start from the beginning.

Fortified wine is wine, which, as its name suggests, has been fortified with alcohol (usually of wine origin) during the fermentation phase or after it.

By adding alcohol to the wine during fermentation, its alcohol level is raising and thus the fermentation stops, since it is known that yeasts die from some alcoholic degrees and above (usually they cannot withstand more than 16 degrees). In this way a great amount of residual sugars remain, so that the wines become sweet. If the alcohol is added after the fermentation is over, the wines will become possibly dry.

This is how Marsala is made.

Ten varieties are allowed in its production, the best known being Grillo, Inzolia, Catarratto, Nerello Mascalese, Pignatello and Nero d’Avola.

But what makes Marsala unique?

Its special character is due to the use of exclusively indigenous varieties and the complex way of vinification. Initially, Marsala wine is enhanced by grape brandy or neutral grape distillate, usually from local varieties. Secondly, a cooked must (mosto cotto) gives amber Marsala its deep color. Third, it is often blended with a sweet wine called Mistela, which is made from overripe Grillo grapes. Finally, some of the highest quality Marsala wines use the Solera aging system.

Marsala is categorised according to color, aging and residual sugars into different categories. 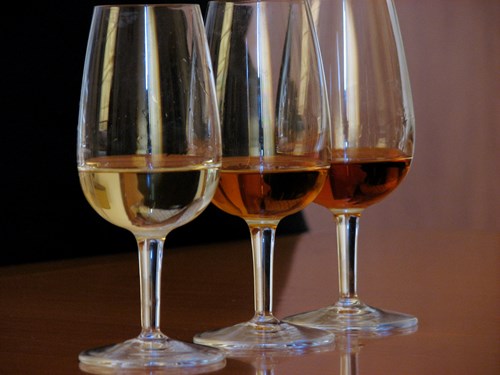 There is Ambra and Oro that have amber and gold color respectively and are made from white varieties. At the same time there is Rubino which has a ruby ​​color and is made from red varieties.

Depending on their aging, they are categorized into:

Marsala Fine that has one-year aging and is mainly used in cooking.

Marsala Superiore Riserva that has aged for at least four years in oak barrel, with some producers holding it for up to six years.

Marsala Stravecchio with a ten-year maturation in oak barrel. 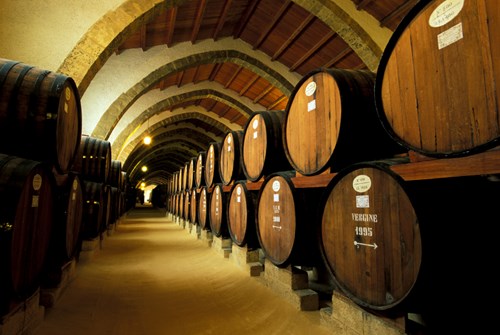 Finally, according to their residual sugar, they are divided into:

Dolce that have over 100 gr of residual sugar per litre

Secco with less than 40 gr per litre.

The characteristic aromas of Marsala wines are those of cooked apricot, vanilla, tamarind and brown sugar. The style can range from dry to very sweet. Aged wines develop a more complex character and aromas of honey, walnut, tobacco, liquorice and dried fruits.

As I said earlier, it is widely used in many recipes, with Chicken Marsala being the most famous and classic Italian-American dish, while you often find it in tiramisu recipes and zabaglione cream.

The sweet versions are harmoniously combined with spicy, blue cheeses such as Roquefort, but also with desserts with dried fruits and dark chocolate. In its dry version it can go well with mature cold cuts, salty nuts, olives, and dishes with asparagus.

PREVIOUS What is Prosecco? NEXT How to buy wine for your wedding