SURE, YOU HAVE ENJOYED IT SEVERAL TIMES, EITHER PLAIN OR IN THE FAMOUS APEROL SPRITZ COCKTAIL, BUT DO YOU KNOW WHAT PROSECCO REALLY IS? HOW IS IT MADE OR WHERE? READ BELOW AND LEARN EVERYTHING! 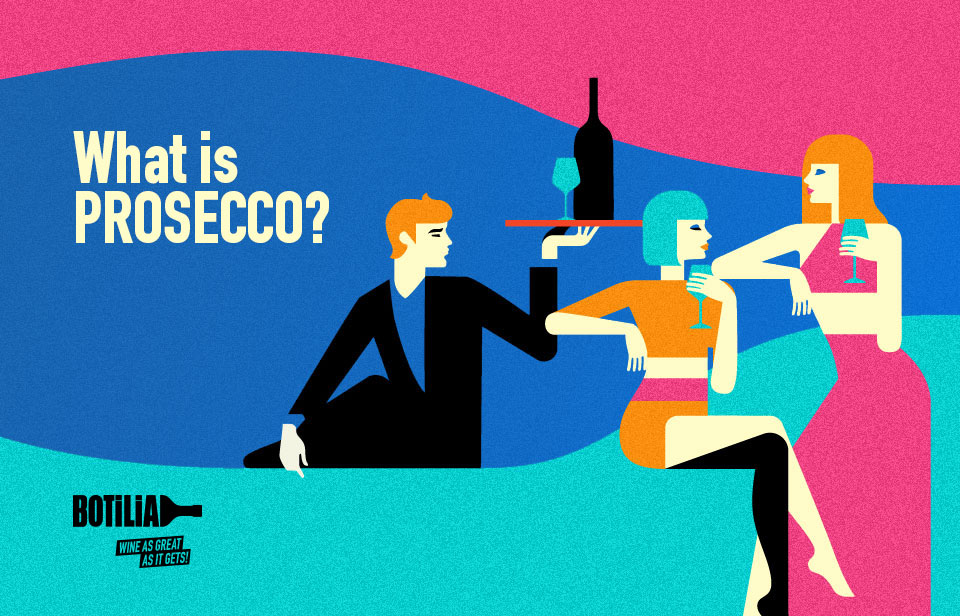 In recent years the popularity of Prosecco is increasing more and more! To be precise, it went up so much that it was necessary to expand the boundaries of Prosecco PDO zone in order to increase production and meet demand! But what exactly is Prosecco, how does it differ from Champagne and what dish is its ideal pairing? Read below to answer all your questions!

In 1868 Antonio Carpene creates for the first time a sparkling wine (Vino Spumante) from the local varieties of Treviso. His purpose was to make a quality sparkling wine like Champagne. It was originally called Italian Champagne but that seemed like it could not stand (you know how strict French are with their legislation and wines). Antonio Carpene was a distinguished scientist of the time so he started experimenting with various methods and protocols and along with his famous friends like Pasteur and Koch that helped him in this! After endless experiments, in 1924 he released the first wine with Prosecco written on its label. Consider that the method he discovered is still taught today at the Oenological School of Conegliano, which of course was founded in 1876 by him. It was declared DOC in 1946 and much later, in 2009, the DOCG zone was established.

Prosecco is a white sparkling (soon there will be a rosé version too) wine that can have from 8.5% to 12.5% ​​alcohol. Prosecco’s variety is Glera and is a white variety, with moderate to high acidity and high acreage yields. Prosecco is found in the following versions based on the residual sugars it has:

Where Prosecco is made?

Prosecco DOC: The most common, in terms of quality, Prosecco you can find comes from nine provinces in Veneto and Friuli-Venezia Giulia regions.

Prosecco Conegliano Valdobbiadene Superiore DOCG: Grapes come from a smaller, more focused area, between Valdobbiadene and Conegliano hills. This region is known to produce some of the most concentrated and quality Prosecco wines.

Asolo Prosecco DOCG: Opposite the Conegliano-Valdobbiadene region, there is another smaller area, on the hillside, which produces excellent wines with high quality standards. Wines are marked as Asolo Prosecco, on the bottle (and formerly: Colli Asolani).

Prosecco Conegliano Valdobbiadene Superiore Rive DOCG: These wines come from specific communities or vineyards within Conegliano-Valdobbiadene. There are 43 communities that can make wines that may bear this classification.

Valdobbiadene Superiore di Cartizze DOCG: A micro-region just 265 acres just outside Valdobbiadene, which is considered to have one of the best Prosecco terroirs in the world.

Prosecco has medium to light body, moderate (+) acidity and moderate aromatic intensity. Its bubbles are more intense than these of beer but milder than those of Champagne. Its characteristic aromas are those of pear, melon, white flowers, green apple and white peach.

Of course, it is an ideal aperitif but it can accompany light, cold dishes such as prosciutto with melon, sea bass Carpaccio and fresh salads with mozzarella. On the other hand, its refreshing bubbles together with the sweet fruity aromas go uniquely with spicy Thai or curry dishes, which are based on chicken or shrimp. In addition, do not hesitate to combine your dry Prosecco with sushi! The sweeter versions can also go well with fruit dishes such as fruit salads.

PREVIOUS The best rose wines of the 2019 vintage NEXT What is Marsala wine?