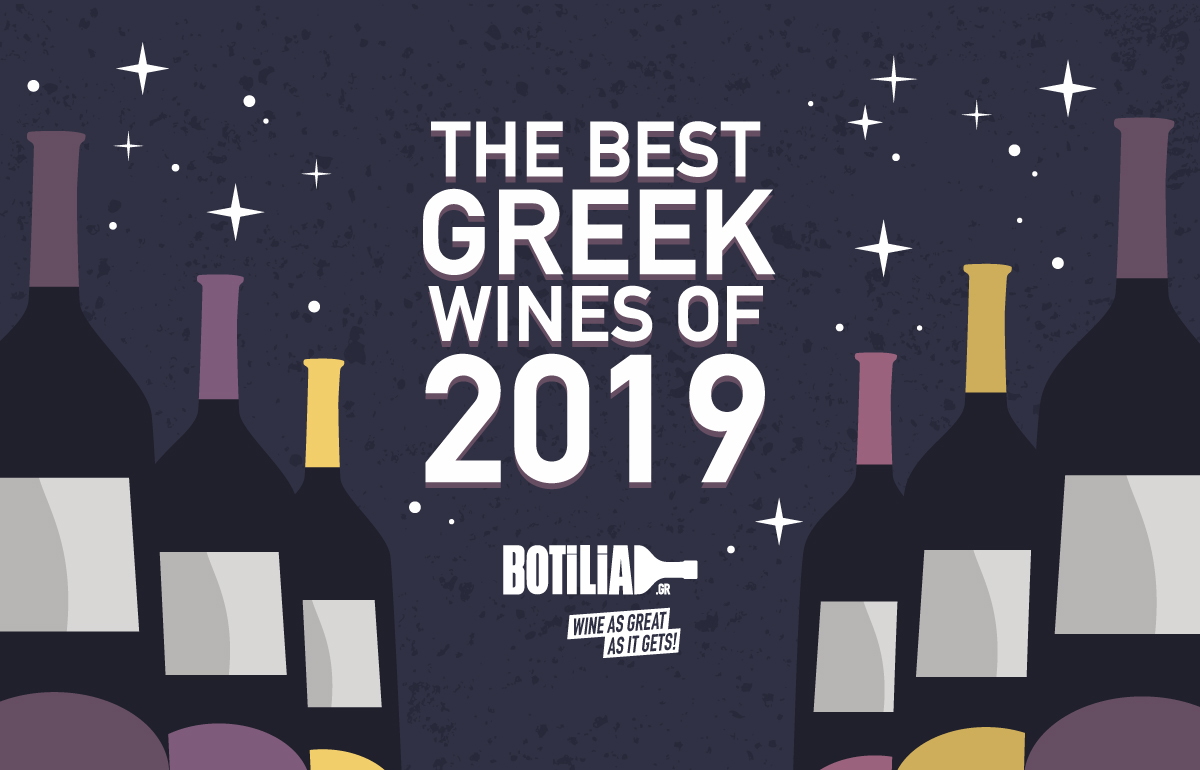 The off-dry, elegant, rose wine of Estate Gofas is a blend of Agiorgitiko and Syrah that has many fans. Its chic bottle, soft salmon color and strawberry aromas make it irresistible. In addition, it has maintained its place on this list since its first vintage. Gofas Estate's philosophy is that the excellent raw material is the basis for a quality wine.  The private vineyard covers an area of about 80 acres in Koutsi Nemea's "Grand Cru" village.

Argyriou family in Polydroso Fokida makes wines with unparalleled elegance and impressive concentration. Altitude gives sharp acidity and aging for 12 months in French oak barrels give their Merlot complexity and a fruity dimension reminiscent of New World’s style. Plus, the incredible value for money ratio makes it truly irresistible!

The MV Mavroudi - Anatolikos Vineyards is the wine that will satisfy all tastes. Its amazing blend contains 60% Mavroudi Thrace, 20% Cabernet Sauvignon, 20% Merlot and 100% two brothers with incredible passion for wine. Marios and Sakis Nikolaides demonstrate their potential while Greece's northernmost coastal vineyard proves that it has much to show as the vines get older and more mature.

It belongs not only to the Best Greek Wines of 2019 but also to the Best Greek Wines in general. Romeiko was Dourakis family bet as it is a rather peculiar red variety that usually ends up making cheap, family marouva wines. The experienced Andreas Dourakis managed and created, from the humble Romeiko, a stunning sweet wine reminiscent of Madeira.

The best Malagouzia every year! Every vintage runs out long before summer. Garipidis family, in Kitros Pieria, every year work wonders with the amazing wines that they create and make you expect only the best. This particular Malagouzia has a Northern style, which means crisp acidity, a more structured body and a sensational refreshing mouth-feel. Whatever your expectations are, with this Malagouzia you will never be disappointed.

Maria Kelesidou in Giannakohori of Naoussa owns one of the most beautiful boutique wineries we have ever seen. This family-run winery, creates a top-of-the-line Naoussa that combines modern and rustic style. It has now come to have such loyal followers who refuse to drink any other Xinomavro. It is exclusively produced by the privately owned organic vines of the family. The very low yield per hectare, the grape harvest at the absolutely optimum time and the careful sorting of the grape, guarantee unique intensity and concentration.

Limniona is the most elegant and fast-rising Greek red variety. It is a diva and does not please everyone as it is an incredibly demanding and difficult variety to grow. But if you're Laurens Hartman, then you know exactly how to work with it to get its best. Flawless berries, indigenous yeast and aging  in old French barrels for 18 months do their wonders by delivering an extremely limited production, red diamond.

The wine that changed everything we knew about Xinomavro and put Apostolos Thymiopoulos in our glasses and hearts, could not be missing from the Best Greek Wines of 2019. Its modern winemaking that enhances the red fruit and herbal character of the variety, has been one of the most beloved Naoussas, not only within boarders but internationally too.

It is without a doubt the most beloved Greek rose which is circulating for only 3 months every year since it usually runs out in July. Yes, it is so good and unfortunately not enough for everyone. The reasons why for this are the impressive blend of Agiorgitiko - Syrah - Grenache, Elsa Pickard who deals with its winemaking and Kyros Melas with his amazing vineyards in Achinos, Fthiotida.

Bold is a "Rioja" from Chania. The tremendous concentration of this Tempranillo, along with aging in French and American oak barrels for 24 months, give Bold a character that is reminiscent of Spanish Rioja even though they are so many miles away. This year was the first time we managed to keep a few bottles of Bold within Greek borders as our friends in the US love it that much that they buy it before it is even bottled.

The King of the Mountains by Yiannis Papargyriou, has been part of the Greek wine pantheon for years. The overripe grapes from Cabernet Sauvignon, Agiorgitiko, Mavrodafni and Touriga National give a wine with remarkable complexity and intoxicating character that is hard to resist! Absolutely collectible since bottles are numbered and every vintage runs out long before next vintage’s release.

It has become one of the most beloved Greek wines and in particular, the most beloved Santorini! Elegant, luxurious and perfectly balanced every year is getting better and better, so that makes you wonder what is the limit for John Valambous and his group. The answer is the sky! Santorini 2018 Vassaltis Vineyards lets both the island and Assyrtiko, take the absolute leading role. Rich and exuberant, it integrates seamlessly around the island's mineral character rightfully claiming a place among the big names.

Definitely the most impressive Agiorgitiko that has been released so far! Every year it runs out almost immediately and the reason is its impressive fruit density, its velvety structure and its amazing complexity.Its name means the Blood of the Stone. They came up with it by chance, while in the vineyard. The concentration, its depth and color, fully justify Sotiris for his selection. The vintage of 2017 was, according to Christos Aivalis, the best Le Sang he has ever made. We will totally agree.

Old Roots Xinomavro of Tatsis Winery is a jewel of the area and probably one of the best Xinomavros out there. The vineyard with old vines in Goumenissa, which, finally, fell into the hands of Tatsis brothers, it’s destined only for miraculous wines. Concentration, pure, fresh fruit, complexity and robust structure make it one of the most special and vibrant Xinomavros available.

The "forbidden Mavrodaphne" in Petrakopoulos's hands is transformed into an iconic wine, capable of everything, even scoring astronomical scores in Decanter. The dry, stony vineyards and minimum interventions allow to Kefalonian terroir and the unique character of Mavrodaphne to shine. Mavro 2017 from Petrakopoulos Winery in Thiramona Kefalonia, is currently without doubt one of the best dry wines from Mavrodaphne that you can get your hands on.

Moschopolis 18 from Mavrotragano and Syrah showed in the early hours of its release that it would make a massive success. Like all great wines, Moschopolis 18 has already a fanatical audience, which gets frantic at the sound of its name. Juicy, rich, buttery, with well-integrated barrel, Moschopolis 18 managed to put Moschopolis Winery on the list with the most uprising wineries of the year.

It was definitely the wine that everyone was waiting and the one that we will talk about for a long time. For some it is the Best Greek Wine of 2019. The ungrafted vines in Fytia of Naoussa along with the magic touch of Apostolos made a wine that is only compared with epic Burgundies. 2016 was its first vintage and the 1100 bottles disappeared in the blink of an eye.

The absolute combination of 2 divine varieties, Agiorgitiko and Syrah by the magician, Christos Aivalis, could not be missing from the list of the Best Greek Wines of 2019. There is no other red that can be compared to it as it uniquely combines Syrah's dynamic, spicy character with the elegance of the fruity and floral Agiorgitiko.

Greeks know that Agios Chronos - Avantis Estate is an emblematic red wine based on Syrah. But now everyone in the world knows it, with Decanter Asia Wine Awards, naming it BEST IN SHOW! In a competition involving 3,155 wines from 34 countries, Agios Chronos 2015 - Avantis Estate received a staggering score of 97/100! Botilia's 34,300 members agree by naming it the Best Greek Wine of the Year 2019.

PREVIOUS NATURAL WINE: The most controversial term in the history of wine NEXT Risotto with butternut squash and sage