EN ΕΛ
POSTS NATURAL WINE: The most controversial term in the history of wine
ALL | POSTS | RECIPES | BOTILIA SPOTS

NATURAL WINE: THE MOST CONTROVERSIAL TERM IN THE HISTORY OF WINE

IF YOU'VE BEEN TO A WINE FAIR THIS YEAR, YOU PROBABLY HAVE HEARD THE TERM NATURAL WINE. IT IS DEFINITELY THE BIGGEST TREND RECENTLY AND AT THE SAME TIME THE MOST CONTROVERSIAL TERM IN WINE HISTORY. 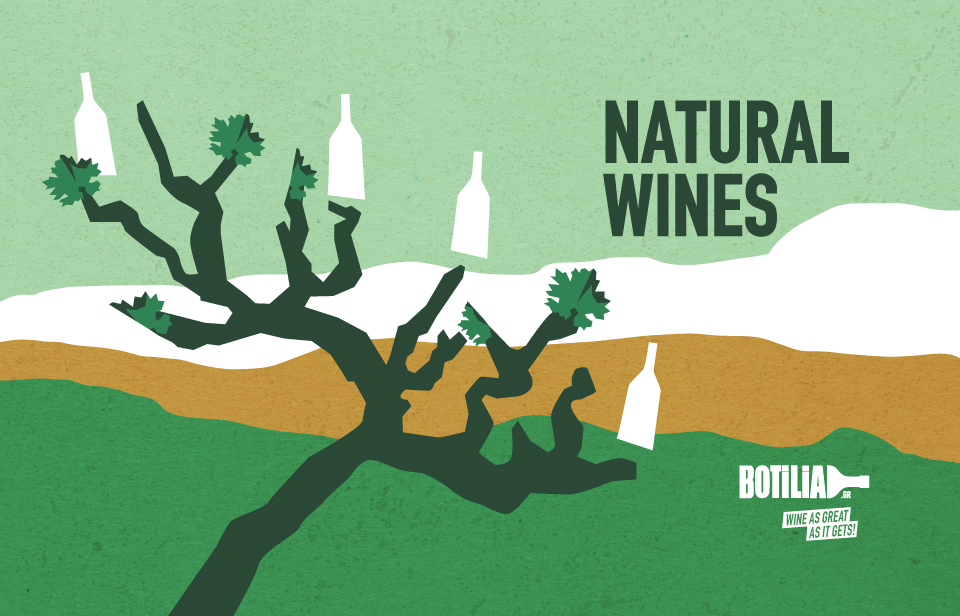 There should never have been in the history of wine, no other term that has caused as much intrigue, discord, confusion and debate as the term "Natural Wine". And we're talking about the whole wine history.

Let's start with the basics. The term "natural wine" denotes a philosophy of winemaking beliefs / ideals. And yes, "natural" means different things to different people, and at the moment it has no formal legal definition (maybe not accidental).

For most people interested in natural wine, the term translates to wines produced with minimal intervention, both in the vineyard and in the winery. For professionals it is a completely different story.

For several centuries, sulfur compounds (known as sulfites) have been used to stabilize and maintain the freshness of wine. Of course, in the 20th century experience and technology have been over - developed, greatly modifying the additives used in wine making. In recent decades, however, there has been a general tendency to reduce chemicals used both in the vineyard and in the winery, mainly due to the finding of allergies associated with sulfites.

Although the most well-known practitioners of natural wine making were older winemakers in France, while modern 'Naturalistas' are usually young, making both the production and consumption of natural wine a trend of the younger generation.

Beyond that, there were the wine journalists and sommeliers, who went on to educate the public about this style. Imagine that the term "Natural Wine Journalist" exists nowadays! The polarization has now reached such a point that there are restaurants and wine bars that serve exclusively natural wines.

Along with the rise of natural wine, ancient winemaking techniques are also getting more and more popular. The main representatives of this category are the orange wines and wines that age in large clay amphorae. Innovative or anachronistic, both natural and orange wines, are an important part of current wine history.

However, both the term and the emergence and the spread of natural wines have been a phenomenon of the last few decades. If you want to look at it statistically, just take a look at Google Trends data for Natural Wine. After 2016, Natural Wine searches are on an exponential rise, making it a favorite among wine lovers.

But without legal restrictions, the term "natural" is rapidly adopted (or at least mentioned) in wine labels to redeem the popularity of the term. What is the problem with that? Winemakers who actually apply low-intervention techniques now face an even greater battle to distinguish themselves and their ideals from the rest. Perhaps serious regulation is the solution. Whatever it may be, even this will be something that will cause turmoil and debates. We ‘ll see.

PREVIOUS Tuscany: Everything you need to know about her wines in 5 minutes NEXT The Best Greek Wines of 2019