ONE OF THE MOST WIDESPREAD VARIETIES IN THE WORLD, SYRAH ENTERS THE MICROSCOPE OF BOTILIA.GR! LEARN WHAT YOU NEED TO KNOW IN 5 '. 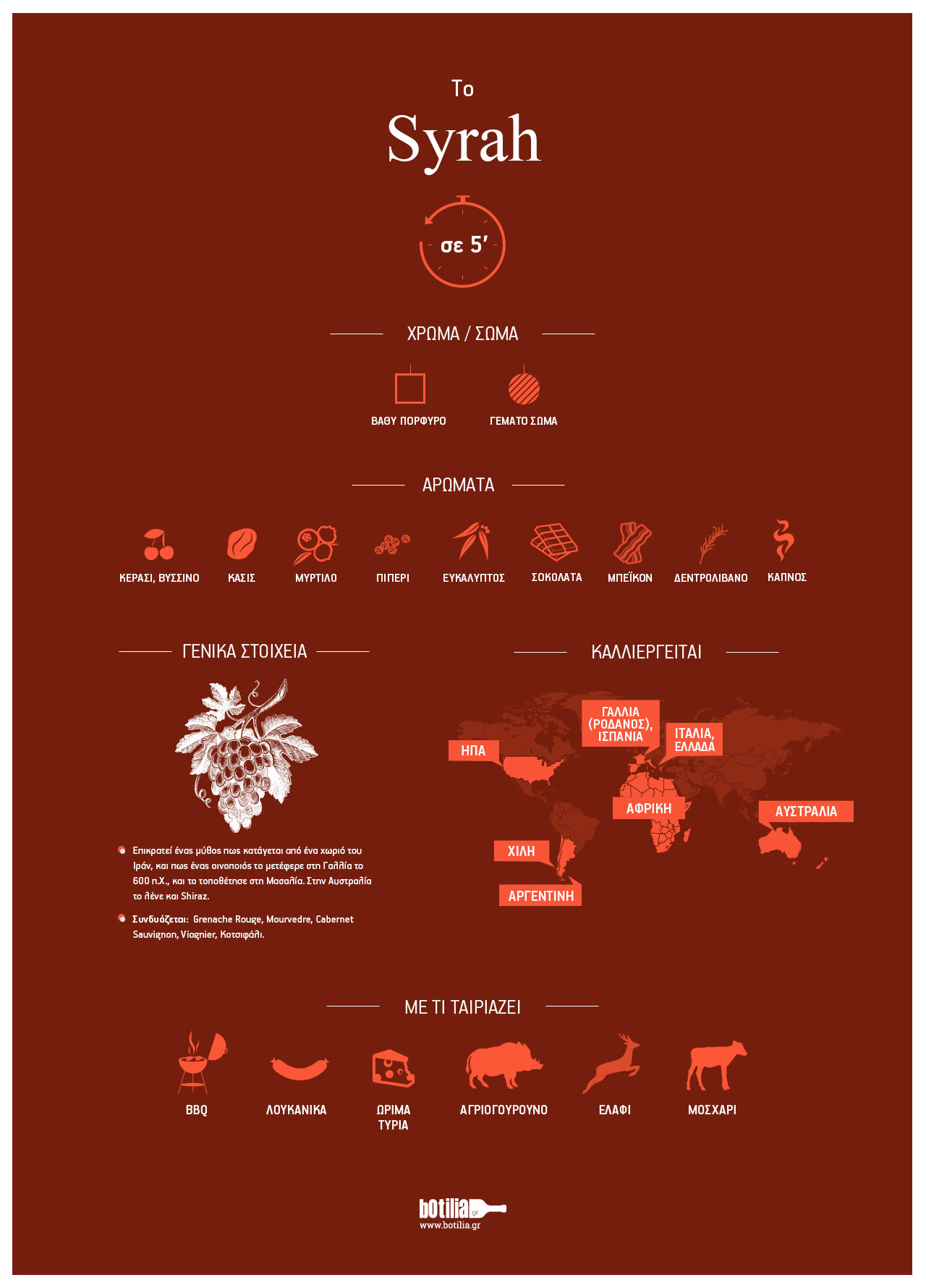 There are many stories about the origin of Syrah. One says that someone brought it from Iran to Marseilles. Others say it is related to the Iranian city of Shirazi. On 1999 a genetic profile of Syrah was made at the University of California and showed that it is a distant relative of the two rare French varieties Dureza and Mondeuse blanche.

Responsible for Syrah's reputation initially, is Hermitage - especially the hill above the town of Tain-l'Hermitage, in the northern Rhone valley. There is a chapel on top of the hill where a famous knight, Gaspard de Sterimberg, is rumored to have settled after the Crusades and lived as a hermit, cultivating the land. Today, Paul Jaboulet makes a 100% Syrah wine, called the Chevalier de Sterimberg, dedicated to the hermit. France is the number one country in Syrah plantations and Hermitage was the most expensive and best wine in the 1800s. Even Thomas Jefferson wrote about the Hermitage in his memoirs.

Syrahs from the "New World", on the other hand, have a more intense fruity character with cranberry, bilberry and black cherry aromas, eucalyptus notes and spicy character of pepper and licorice. They have a great aging potential and with time they notes of tobacco, sweet raspberry and gamey hints but also more velvety texture.

The peppery character of Syrah loves barbeque! Grilled steaks with pepper or smoked bbq sauces, spicy sausages and medium cooked beef steaks take off Syrah's exuberant and spicy character. A roasted lamb with herbs or the famous cassoulet fits perfectly with the French Syrah of the Rhone. Juicy Syrahs from Australia can perfectly accompany a juicy classic American burger. Generally it is a multidimensional wine that can match many dishes or even a plate of white, "smelly", fatty French cheeses.