THE OLDEST GREEK GRAPE VARIETY IS PUT UNDER THE MICROSCOPE OF BOTILIA.GR! LEARN WHAT YOU NEED TO KNOW ABOUT LIMNIO IN 5 '! 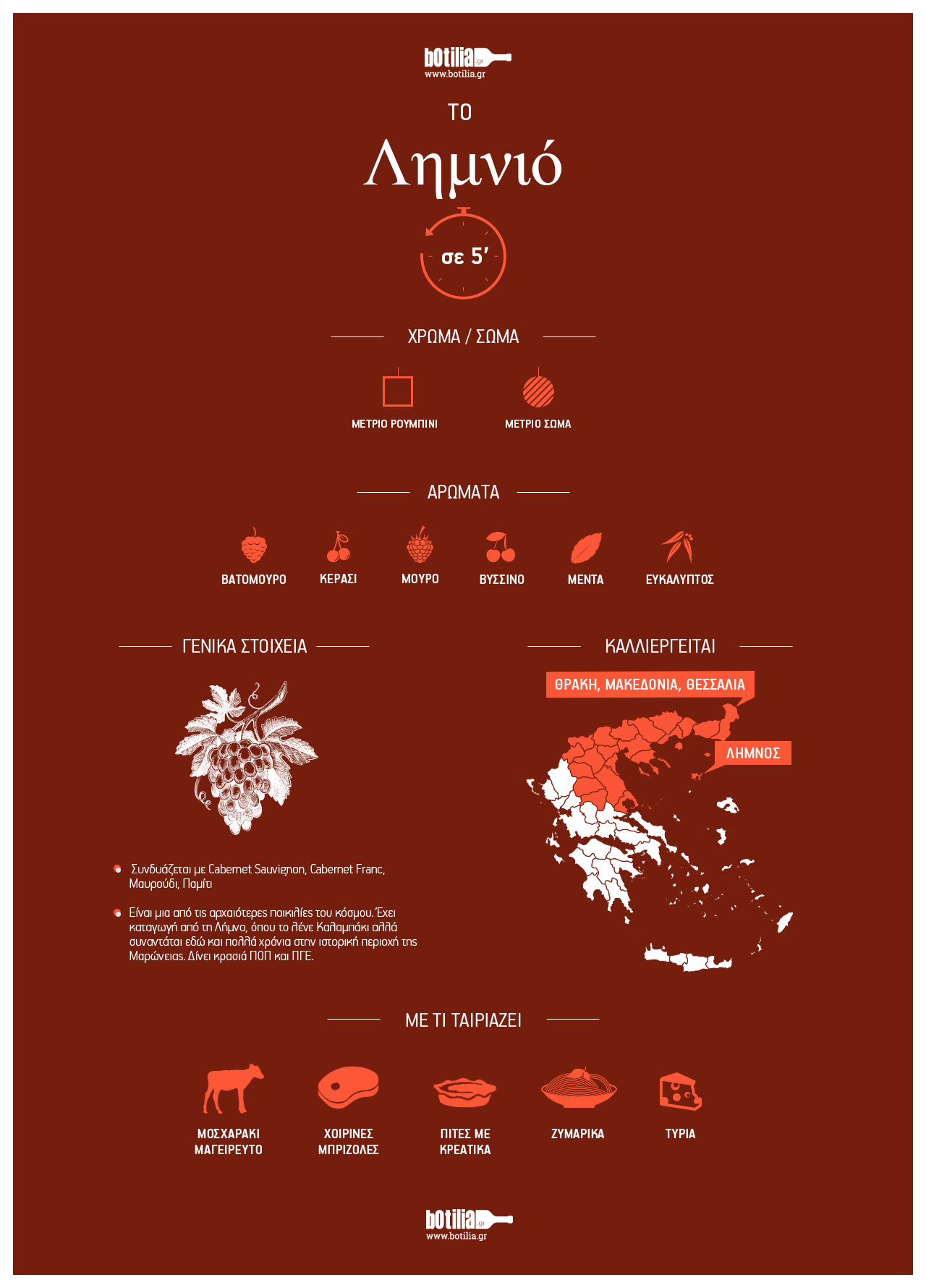 It is a variety that has been mentioned by many ancient writers, such as Homer, Hesiod and Polydeuces. The paradox is that it exists but is not very widespread in Limnos, which is considered to be its hometown and has given it its name, while the majority of its plantations are found in the vineyard of Northern Greece. It gives PDO wines from Halkidiki (PDO Meliton Slopes) either alone or mixed with Cabernet Sauvignon. Maturation in oak barrel suits it and apart from complex red wines it also participates in rose wines, usually in blend.

Limnio makes wines with medium body and acidity, with moderate tannins and aromas of forest fruits such as cherry, sour cherry, raspberry and blackcurrant accompanied by botanical notes (thyme, sage). Its elegant style is highlighted by the oak, which gives it spice aromas and more volume. The wines from Lemnos are slightly more aromatic and fruity. They have a moderate aging potential when they are single varietal, while when mixed with Cabernet Sauvignon their aging potential is greatly expanded.

Red wines from Limnio can accompany light meat dishes such as beef fillet, chicken with orzo pasta and tomato sauce (yiouvetsi), lamb with rosemary and pork tenderloin with wine sauce. In addition, it goes well with pasta with special sauces such as ravioli with butter sauce, penne with 4 cheeses and amatriciana spaghetti. For a simpler wine pairing you may pick mature, fatty cheeses. The blends love more sophisticated flavors such as oriental kebab and beef stew with pasta.

PREVIOUS Botilia.gr goes to Taste of Athens NEXT To KREAS meat & spirits