YIANNIS PAPARGYRIOU SAID "THIS IS WHAT I WANT TO DO" WHEN HE TASTED A CHATEAU LAFITE, HE’D LIKE TO WORK WITH THYMIOPOULOS, HE WOULD GO CRAZY IF HE COULD HAVE ROUSSANNE AND HE STATES THAT FISH SOUP PAIRS ONLY WITH WATER! AND NO, HE SAID A LOT MORE! 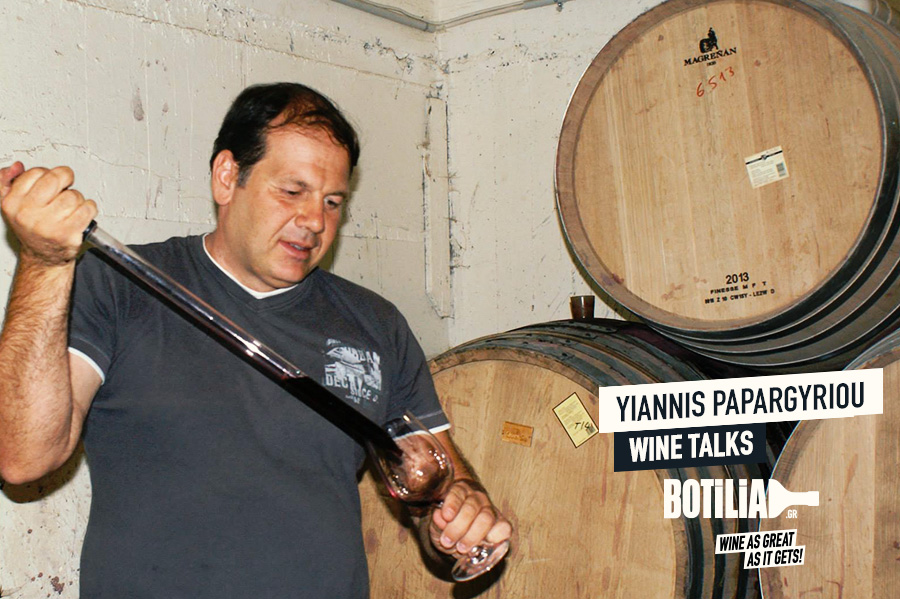 Yiannis Papargyriou is one of the most distinguished and promising Greek producers. He has managed to make Papargyriou Estate synonymous with a unique, special and remarkable style of wines. To build an identity in his creations, similar to that of an artist. It may seem easy and self-evident, but it's not. In fact, it is admirable. Nevertheless, he remains an amazing guy, authentic, with humor and has a lot to say!

Everything that I am now, viticulturist and winemaker!

When did you realize winemaking was an actual thing you could do as a job?

At the age of 20, while I was studying at the Agricultural University of Athens.

It depends on the season, but definitely classical music. I would start with Vivaldi's Spring, followed by Bizet's Carmen. During the time of the harvest, Beethoven's 9th Agreement, and after the harvest, Strauss's "Unter Donner und Blitz".

The most expensive is the Château Lafite I mentioned, Chave's Hermitage, and a Barolo Ceretto of 1953. The "economic" wine that surprised me is Roditis from Tetramythos Winery.

Roussanne, due to legislation...

The trips to Rhine and Mosel we made when I was a kid. Also the experience of studying at Geisenheim. Without a return, it’s difficult. Life in my own vineyards is incomparable.

I would go and work without discussion with Henri Bonneau.

As a success, I would say the wine series Le Roi des Montagnes. As a failure, I would say some vintages that winemaking did not go well (eg Mavrodaphne 2006, when we threw away all the production).

All cool/mountainous vineyards. Greece has a huge unexplored potential, greater than just the PDO regions.

To strengthen wine tourism and expand the base of wine lovers.

The "Late Harvest" with my wife Eleni by the fireplace, along with Roquefort cheese.

Check out the wine collection of Papargyriou Estate here!