MARIOS NIKOLAIDIS WOULD LOVE TO HAVE WORKED WITH THE GREAT HARIDIMOS HATZIDAKIS, HE CAN'T DECIDE WHICH OTHER VARIETY HE WOULD LIKE TO HAVE, AND HE IS BORED WHEN PUMPING OVER THE CAP! AND NO, HE SAID A LOT MORE! 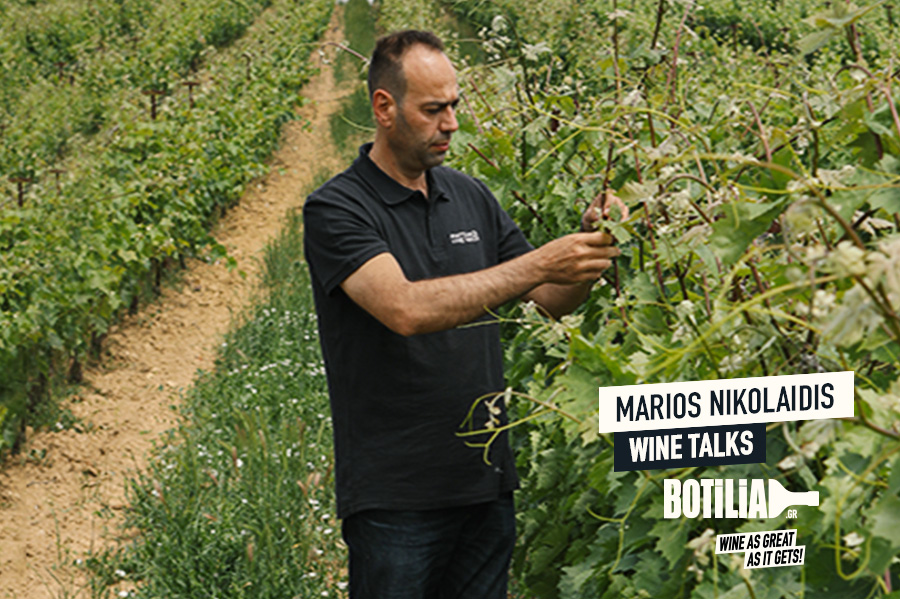 Marios Nikolaidis, along with his brother Sakis, is the driving force of Anatolikos Vineyard. The vision of the Nicolaidis brothers, for reviving indigenous local varieties and vinification of natural wines in amphorae, that once was considered as madness, has surpassed us all. They revived Mavroudi of Thrace with great success and within a few years, they managed methodically and with hard work to set an example for their Fine wines and a reference point for natural wines in Greece.

I remember myself very young playing with some empty wine bottles and filling them with wine, soaking them and then dipping them in the bee I got from my uncle. Also at the same age, I wanted to put a vineyard in my father's "diamond" plot inside the town of Xanthi, but I never made it.

When did you realize winemaking was an actual thing you could do as a job?

Fate. Although I was involved in other jobs, viticulture and winemaking were always in the back of my head. Twenty years later, when I decided to make my dream a reality, I just couldn't not do it as a normal job.

I would choose the most Dionysian music in the world, the Thracian music.

My involvement with gastronomy has given me the opportunity to meet, taste and offer my clients many good wines. So it is not a specific one, but a combination of many that reminded me of my passion and made me professionally deal with viticulture and winemaking.

There are quite a few, over two hundred labels and some of them in many bottles.

The most expensive wine I've tasted is a Chateau D' Yquem. The term “economic” has a lot of room for debate.

I can not decide. I'm like a kid! Definitely a Greek one though.

I have not made wine trips outside of Greece but would go without a return ticket to Georgia, Friuli, Sicily, and Tuscany!

With someone who, unfortunately, is impossible to do so. With Haridimos Hatzidakis.

Mavroudi of Thrace and Limnio. We have a lot more things to do!

There are several, excellent and remarkable winemakers as units but that doesn't mean we would do wonders together.

Pumping over the cap. It is so boring…

At Anatolikos Vineyards we count two great successes. The revival of the indigenous local variety Mavroudi of Thrace and the first natural vinification in a traditional amphora with the first Natural Orange Wine in Greece. The word failure does not exist in our vocabulary.

Fine Mavroudi 2013! There are some bottles left.

Looking for what I can pair with Natural Orange Wine I tried fish on the grill. I can tell you it's a pretty bad combination because it falls short.

Thrace and Avdera above all have much to show. Great terroir.

More quality bottled wine. It’s inappropriate for the same wine to be both in a bag-in-a-box and a bottle.

Something complex. The Natural Orange!

© 2020 Botilia.gr Blog. ALL RIGHTS RESERVED. DEVELOPED & DELIVERED BY UMOBIT SA
Botilia.gr uses cookies in order to perfect the user experience. By using this website, you accept the usage of cookies. Dismiss