ERNST LOOSEN, AS A CHILD WANTED TO BE AN ARCHAEOLOGIST, BELIEVES THAT APART FROM RIESLING, GERMAN PINOT NOIR WILL ATTRACT A LOT OF ATTENTION, HE IS PREPARING FOR ANOTHER GREAT COLLABORATION, HE LOVES ASSYRTIKO FROM SANTORINI AND HE IS TERRIBLY BORED WITH BOOKKEEPING! AND NO, HE SAID A LOT MORE! 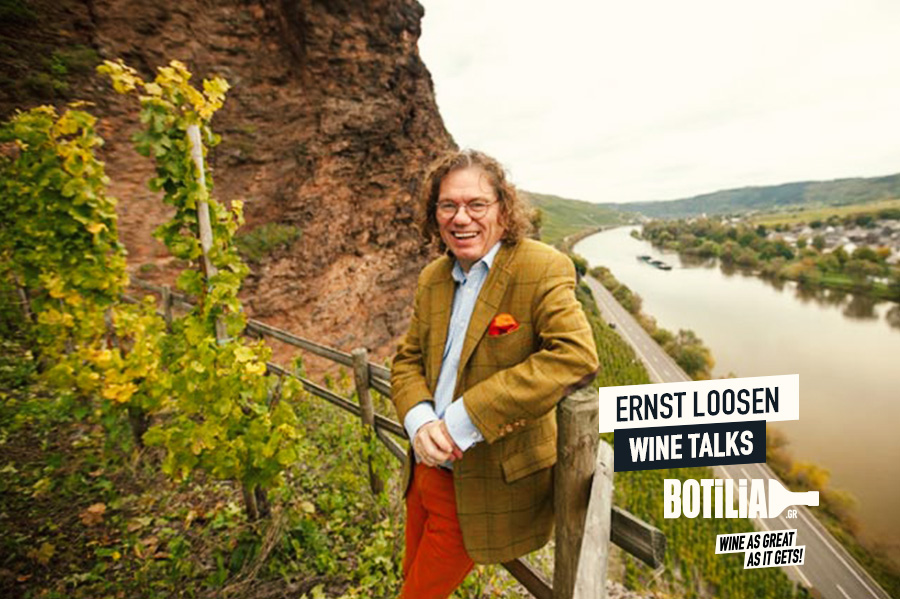 Ernst Loosen is one of the Greatest German producers and the man behind the emblematic wineries Dr. Loosen and Villa Wolf. In 2005 he was awarded as "Man of the Year" by Decanter and his name is synonymous with Riesling, as he is, a more than worthy continuator of the family wine tradition that counts more than 200 years. Nevertheless, he is an authentic and awesome guy who has a lot to say!

I think everybody you would ask this question, would choose his favorite music, and with my generation that was Southern Rock.

In the early days, I had a 1969 Chambertin from Armand Rousseau, which is my most memorable wine.

I have a nice collection of Italian, Spanish, American, and French wines which altogether are a few thousand bottles.

The 1971 La Tâche from Romanée-Conti is the most expensive wine I have ever tasted, and for me, the most economic wine is our Dr. L Riesling dry.

I am a big fan of Muskateller, in the dry style, but possibly difficult to grow it here on the Mosel. 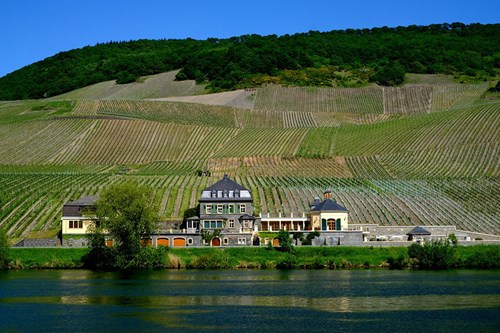 I have been visiting so many wine regions in my life and met the great winemakers of these regions which I definitely don’t ever want to miss, but to be frank I love my region and don’t want to leave.

I met so many great winemakers in the world, learned more with every visit, and brought back some new ideas, and tried to integrate one or the other to our winemaking.

Difficult to say but I personally love Chenin Blanc!

With which producer would you like to co-create a wine?

I already co-created Riesling with Chateau St. Michelle, which is called ‘Eroica’, with Jim Barry which is called ‘Wolta Wolta’ and ‘Walhalla’ and I am now doing a wine together with Telmo Rodriguez which is from the Graacher Himmelreich Grand Cru vineyard.

Have you tasted any Greek wines? If yes, which one did you like and still remember, and if not, is there a Greek region or a Greek producer you’ve heard of, and want to taste?

I love the Assyrtiko from Santorini and the most memorable wine I had from Greece was a red wine from Domaine Economou, a 1999 Sitia – it was wonderful! 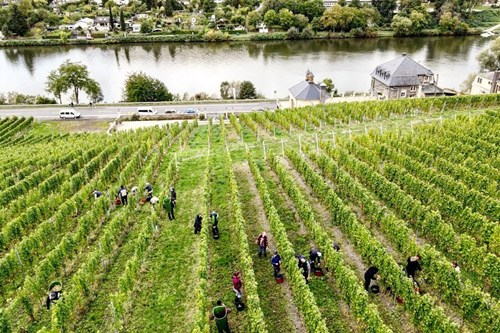 What are your greatest success and your biggest failure as far as wine is concerned?

It is great to see that Riesling gained in the last 35 years the respect again which it deserves. Riesling had a terrible image in the 80s and is now recognized again as one of the noble varietals in the world! But it might take another 30 years before we are back to the image Riesling had at the turn of the last century...

To be frank I have a lot of favorite wines from a lot of different vintages because often there is an amazing example from each vintage, even from the lousy ones. I love the versatility of drinking wines and don’t want to limit myself to one wine.

The worst food and wine pairing combination for me is: food I hate, combined with wine I hate, and the best pairing is, food I love with wine I love. It does not matter to me if the Sommelier thinks that it works or not!

Which region do you think is of great interest to see in the future?

It is my region – the Mosel River but not only Riesling. Possibly also Pinot Noir from Germany will get great attention in the future.

What is it that you would like to see, change in the wine industry in the following years?

Just like everything else also, wine is subject to fashion trends. As we see now, there is a trend for natural wines, orange wines, etc. which is an interesting development, but for me personally, these wines are difficult. We have been going back to the winemaking of my Great Grandfather, at the turn of the 19th century, where people gave the wines much more time in the barrel to develop themselves without using any technology. This is definitely an interesting development for me which produces great wines which can age wonderfully.