THE WINE IN ANCIENT GREECE

GREEK WINE HAS ITS ROOTS IN ANCIENT TIMES AND THIS IS CERTAINLY NOT SOMETHING SHOCKING. ANCIENT GREEKS HAD LAID THE FOUNDATIONS OF PHILOSOPHY, MEDICINE, GEOMETRY, AND SCULPTURE. OENOLOGY WAS NOT GOING TO GET AWAY AS YOU CAN IMAGINE. 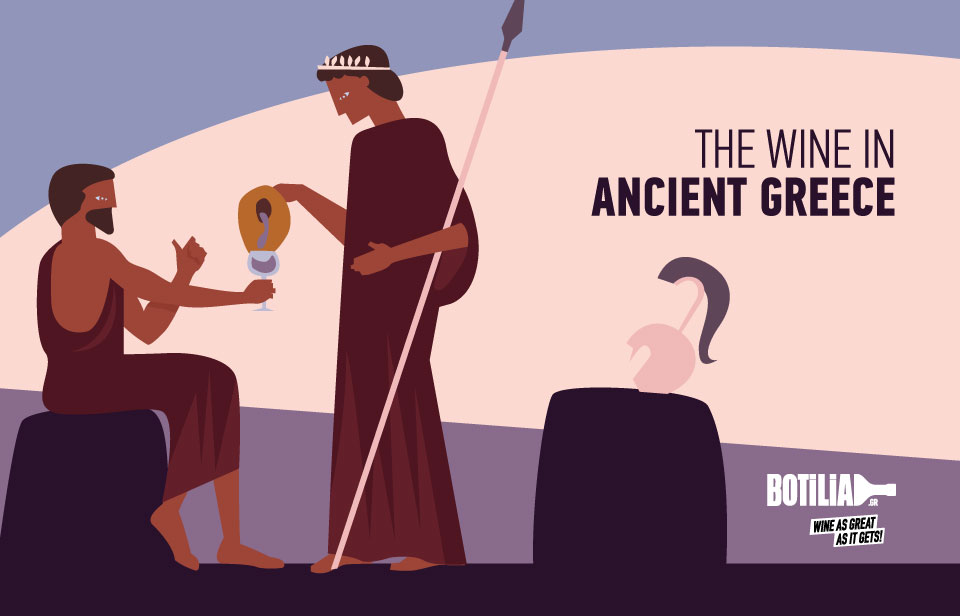 Ancient Greeks began to deal with wine between the 13th-11th centuries BC. Greek wine was also mentioned in several famous works of the time: Dipnosophistes of Athinaios, Odyssey of Homer, Symposium of Plato and others. Ancient Greeks were the first to create wine legislation in the 5th century BC. They were also the first to discover the concept of terroir. In fact, they have noticed how certain areas make better wine than others, with a tentative example of Ariousios Oenos from Chios.

During the Mycenaean era, Greek wine was exported to all the known world. It is interesting that the wines of Thassos that were exported must have been in amphora for recognition and not to be confused with imitations. On the other hand, amphoras were more resistant to transport. In this transfer, Retsina was created by putting the wine in amphoras and then sealing the lid with pine resin. Some amphoras returned to Greece and when they opened them, they noticed that the wine was different, it had been flavored by its contact with the resin.

At the same time, ancient Greeks had their own wine god, Dionysus. Dionysus was one of the most beloved gods and how couldn’t be, since he was the joyous god of wine. Magnificent feasts with plenty of Greek wine and food were organized in his honor.

It’s worthwhile to mention the symposiums where the intellectuals of the time were discussing about philosophy while sipping wine. The ancient Greeks always drunk their wine diluted with water, and this distinguished them from the so-called "barbarians" who drunk their wine straight. The process was the following, they poured the wine in a ceramic pot called crater and added water in it. The reason they drunk it diluted was because they wanted to drink all night long, during their symposiums, but not to get drunk and misbehave like the barbarians.

Finally, according to Hippocrates, the father of Medicine, Greek wine was considered a medicine. In particular, he believed that wine was a pain reliever and an antiseptic.

PREVIOUS Honey, I froze the wine! NEXT Orzo pasta with shrimps, finocchio and Arseniko of Naxos