CHAMPAGNE: WHO WERE LOUIS ROEDERER AND DOM PERIGNON?

WHO LIES BEHIND THE HISTORY OF CHAMPAGNE AND THE BIG HOUSES OF CHAMPAGNE? READ BELOW AND FIND OUT EVERYTHING YOU NEED TO KNOW ABOUT LOUIS ROEDERER AND DOM PERIGNON. 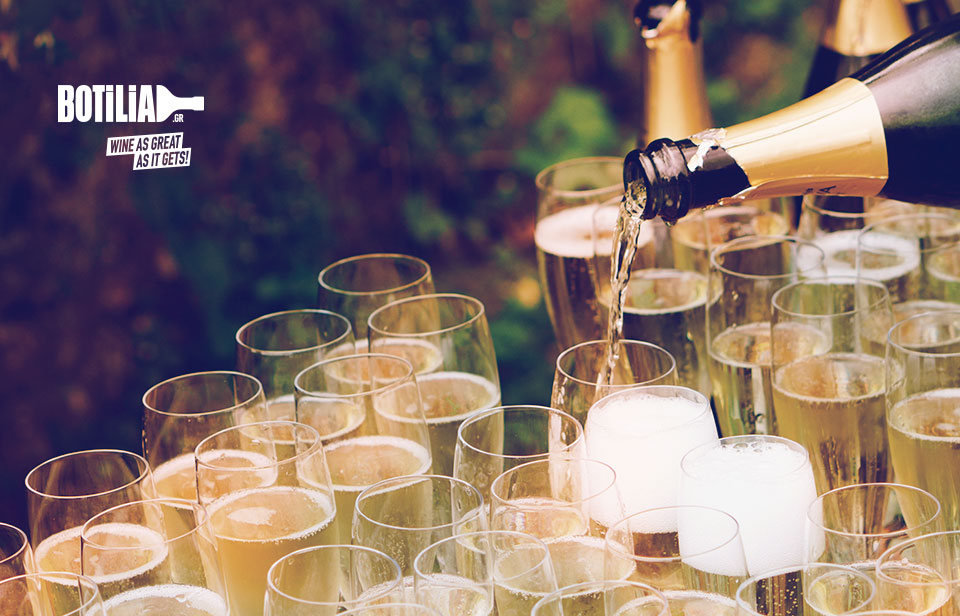 I guess you all have heard of Louis Roederer and Dom Perignon champagnes.

But do you know who were the historical figures who gave their names to some of the most famous champagnes in the world?

Louis Roederer was the owner of the famous house from 1833 until his death in 1870. Among the countries that exported champagne was Imperial Russia, which was the main export country of the house. In fact, in 1876, Tsar Alexander II authorized the house to produce a Cuvee exclusively for him in a crystal bottle (rumors say that the choice of the crystal bottle was made because the Tsar, fearing not to be poisoned, wanted to be able to see the content of the bottle). This is how one of the most famous champagnes in the world, Louis Roederer Cristal Brut, was born. The Russian Revolution marked the end of exports to Russia until Camille Orly-Roederer, widow of Louis Roederer's niece, took over the reins, buying new vineyards in Champagne, bringing Cristal back to the forefront. Moves like these allowed the house to remain independent in contrast to other big competitors, which over time were acquired by very large companies.

Cristal is still made in the same bottle today, only in the years that allow it, when Chardonnay (40%) and Pinot Noir (60%) ripen perfectly and from vines 25-30 years old. Then it ages for 6 years in the cellar and another 8 months after disgorgement, before it goes on sale and sells faster than the speed of light.

Dom Pier Perignon was a Benedictine monk born in Champagne in 1638. Starting from an abbey in the town of Verdun, he moved to another, in the town of Epernay, now famous for its many famous champagne houses, where he remained until the end of his life, doubling the vineyards of the Abbey. One of his duties there was to take care of the vineyards and to improve the wines of the Abbey. The effervescence that occurred during the second fermentation was considered a defect by Dom Perignon at the time but later (in the 19th century) things changed. What made him famous was his awesome ability to blend different vintages, extracting the best elements from each one, creating unique blends. So, a Master Blender of the time, someone can tell. He also developed other techniques that are still used today in the production of champagne, such as keeping the skins away from the juice during the pressing, thus obtaining as clear and fine color as possible (bland de noir). Rumor has it that when he finished his champagne, he called the other monks shouting “Come quickly. I am tasting the stars.” This expression has accompanied champagne ever since.

He is also credited with the champagne cap as we know it today (until then they used wood, which of course did not fit perfectly) but also with the thickest bottle of champagne he introduced to prevent dangerous, but also costly, explosions caused by pressure in the bottles.

Dom Perignon is always a vintage champagne made only in the good years and exclusively by Chardonnay and Pinot Noir with their percentages changing according to the vintage.

The statue of the monk adorns today the house of Moet & Chandon in the city of Epernay.

When was the last time you tasted the stars?