IOANNIS KOROVESIS, SUPER EXPERIENCED AND MAITRE OF THE GENRE, SHARES WITH US THREE ORIGINAL RECIPES FOR EPIC, FESTIVE COCKTAILS FOR YOUR CHRISTMAS PARTIES! 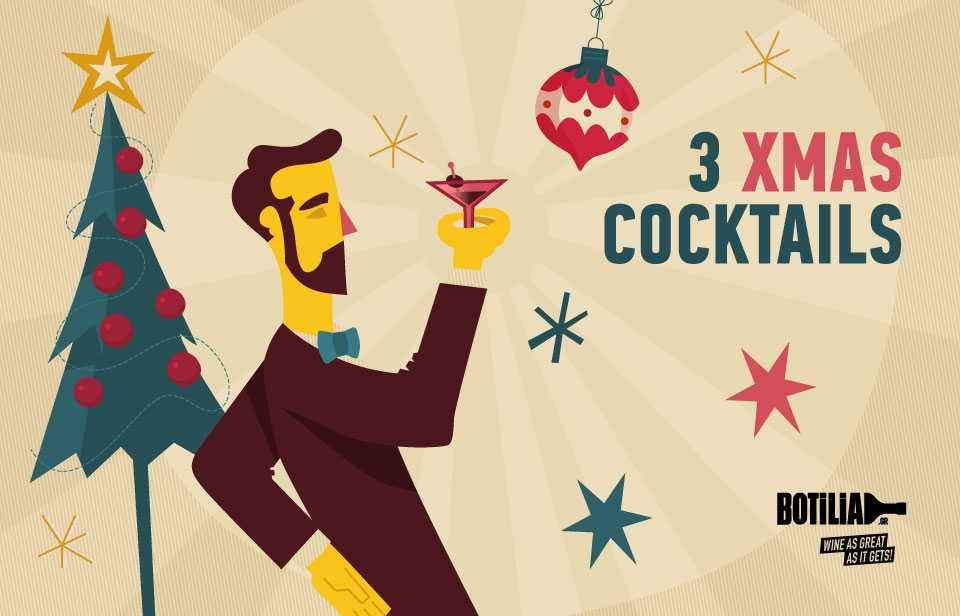 The festive season has arrived. Gatherings with friends and family will have one thing in common, the booze! I know you have chosen the wines that will accompany your meals but I have another suggestion. In fact, I have 3 amazing recipes for festive signature cocktails by the maître of mixology, Ioannis Korovesis, in which as you will see, wine has a leading role!

We begin with Barolo Punch which is an ideal welcome drink for New Year's Eve.

Place one liter of water in a saucepan, along with a whole nutmeg broken into smaller pieces, a cinnamon stick, two cloves and a slightly broken cardamom pod. Heat on low heat for half an hour. Strain and mix the flavored water with a kilo of sugar in a blender until the sugar is completely dissolved.

A cocktail dating back to 1869 named after Massachusetts Senator, Daniel Webster. Mr. Webster was one of the most outspoken politicians of his time and tended to make his presence known. With this cocktail, which Ioannis has adapted to the present, we guarantee you will surely have an unforgettable evening!

Peel six lemons and put their peels in a large bowl. Add the sugar, squeeze with a pestle and leave for one hour until the sugar absorbs the juices and the essential oils from the peels. Add the tea, 200ml of lemon juice and mix well until the sugar dissolves. Add cognac, sherry, rum, wine, pineapple in cubes and strawberries. Stir and place the bowl in the refrigerator for at least two hours. Remove from the fridge before serving and pour cold champagne along with large chunks of fresh ice.

And we are closing with the most special of the 3, according to Ioannis, that will surely impress your guests and give a speakeasy touch to the evening.

Pour in the ingredients in a decanter with ice and stir them quickly with swirling motions. Strain and serve in a small coupe glass (the glass that they used to serve champagne and Dita Von Teese is swimming in during her burlesque show). Garnish with a green olive.

PREVIOUS Tart with minced meat and yams NEXT Xmas Wines