IT IS THE NEW RISING STAR OF GREEK VINEYARD. FOR MANY IT IS THE NEW ASSYRTIKO. LEARN EVERYTHING YOU NEED ABOUT ROBOLA IN 5 MINUTES. 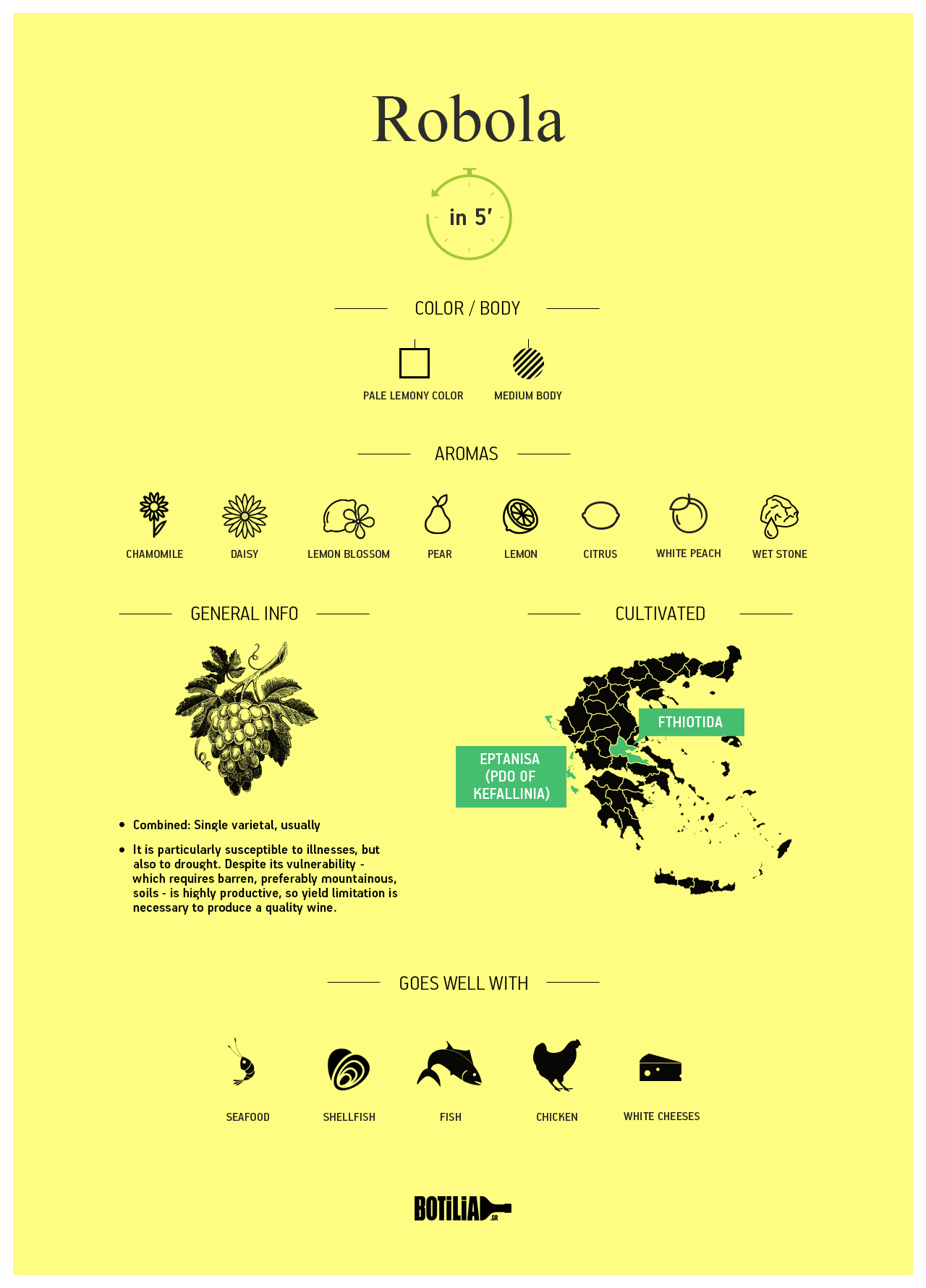 The PDO zone of Robola (established in 1982) is on the island of Kefalonia of the homonymous regional unit, covering an area of ​​1.800 sq. Km. PDO Robola is the only Greek PDO wine that takes its name not from the region but from the variety. In Kefalonia, Robola is the most widespread variety, which thrives in generally poor soils, sometimes so poor that Italians called the wine "Vino di Sasso", that means, "wine from stone". On the mountain slopes of Ainos there are many autochthonous old vines.

It is particularly susceptible to illnesses, but also to drought. Despite its vulnerability - which requires barren, preferably mountainous, soils - is highly productive, so yield limitation is necessary to produce a quality wine.

Robola gives dry white wines with medium body, moderate (+) acidity and aromas of white flowers and fruits such as pear, peach, bergamot and green apple but also slightly mineral hints. It loves the barrel that gives it oily texture and oak aromas. Robola wines have good aging potential. After 3-4 years, their mineral character is emphasized and they get more "honey - ripe" notes.

Because of acidity and minerality it goes well with seafood like squid, cuttlefish and shells such as vongole and mussels.

Accompany Robola with cuttlefish with lemon sauce, fried squids, vongole soup and steamed mussels with white wine and herbs. It goes well with poultry as chicken pikata (lemon sauce, capers and white wine). It can carry a platter of cheeses off, especially if they include fine prosciutto, goat cheese and mild gruyeres. The barrel versions are better with  more complex dishes such as turkey schnitzel a la crème or sea bass with butter-tarragon sauce.

PREVIOUS What happens to the old barrels? NEXT The perfect gift