THE FAMOUS CLASSIFICATION OF 1855

WHAT HAPPENED DURING THE FAMOUS AND HISTORIC CLASSIFICATION OF 1855 IN BORDEAUX? HOW DID WE GET TO THE TOP FIVE PREMIER CRU TODAY? READ BELOW AND LEARN EVERYTHING YOU NEED TO KNOW ABOUT ONE OF THE MOST CRUCIAL MOMENTS OF FRENCH WINE. 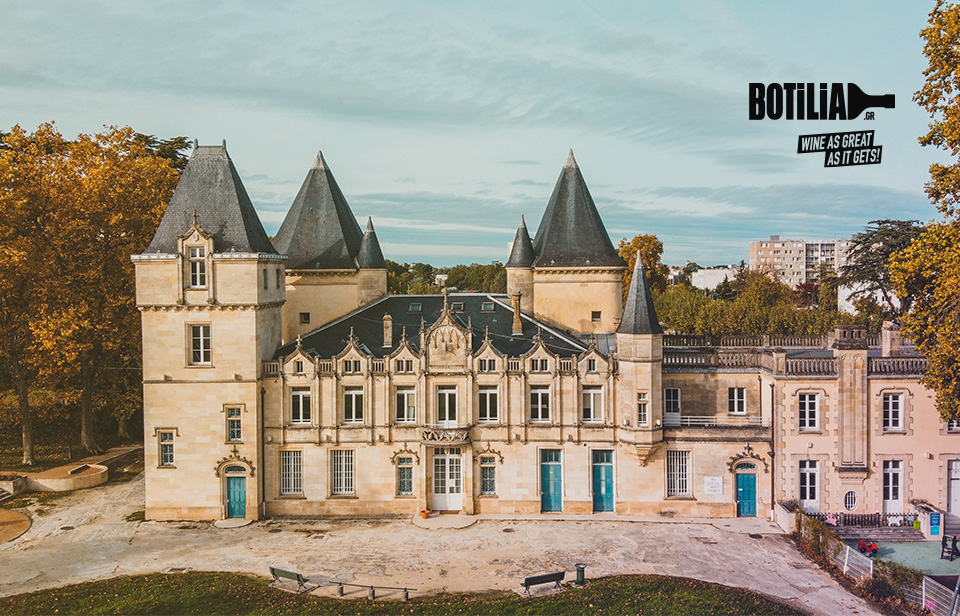 Bordeaux is what it is today partly because of the historical classification of 1855, the one that highlighted the 4 famous Premier Cru (first growth). Yes, four because the fifth came a little later. How did they stand out? What were the criteria? Which sub-regions were included? Read below and you will find out.

Initially, it all started with Napoleon III who in 1855 asked for the organization of an official exhibition in Paris (Exposition Universelle de Paris) where all the wines of the country will be presented. The Bordeaux Chamber of Commerce has presented a list of all cru classes. At the same time, an association of merchants was asked to provide a detailed list of all Gironde wines and to which category they belong. So, they came up with a list of 58 châteaux: 4 First Growth, 12 Second Growth, 14 Third, 11 Fourth and 17 Fifth. Surprisingly all the wines (except one) were from Medoc. Of course, this does not mean that other villages such as Graves or Saint-Emilion did not have remarkable wines or a long winemaking history. At the same time, a separate classification was made concerning the wines of Sauternes and Barsac. The criteria were the quality and the constant high prices of the wines over the years. The 4 Premier Cru (First Growth) were:

For Sauternes, the only Premier Cru Superieur (First Great Growth) is Chateau d'Yquem while 11 Premier Cru (First Growth) emerged. The 1855 classification remained fairly stable and unchanged despite the disagreements and controversies that followed. In 1973 a biblical change took place; the First Growths became 5 and Chateau Mouton Rothschild from the first places of the Second Growths ascended to the pantheon with the First. For Mouton, this was the absolute justification since they considered it unfair to categorize them as Second Growth. In fact, they are very proud of it and in their cellar, there is an inscription that says "Premier je suis, Second je fus, Mouton ne change" which means "I am first, I used to be second, Mouton does not change". This motto also adorns the 1973 bottle along with a work of art by Picasso. Much has changed since then. Chateau names, owners, prices… quality but the Classification of 1855 stands firm. Also, the Chateaux are now 61 because of the divisions that have arisen over the years.

But what does First growth or Premier Cru mean? Cru means growth and it signifies the climate, the aspect, the soil, the altitude, everything that compose the terroir of a place. It is essentially a designation that is intertwined with the highest quality and expression of the terroir. Something like saying the first of the first. In Bordeaux, this title was given to wineries or even wines individually while in Burgundy for example it refers to villages or even vineyards. To this day, this title for a winery or a wine is considered perhaps the greatest distinction of quality and of course shapes the prices accordingly. In Saint-Emilion, we will see below the title is Premier Grand Cru Classe to stand out from that of Medoc and from that of Burgundy and more or less means the same, it is a superior quality distinction.

The 1855 classification was followed by other classifications such as Saint Emilion in 1955 and Graves in 1959. Graves's categorization on the other hand includes wines and not Chateau. Specifically, the Grand Cru Classe de Graves title was awarded to 23 wines from 16 wineries. One of them is Chateau de Chevalier Blanc and Rouge. Saint Emilion is divided into Premier Grand Cru Classe A & B and Grand Cru Classe. One of the Premier Grand Cru Classe is Chateau La Gaffeliere. The criteria here were a bit more demanding. They took into account the quality, the prestige, the brand awareness, the terroir, the winemaking methods and asked to blindly try the last 10 vintages of each winery in order to come up with this categorization. In fact, the categorization is more flexible and not so absolute as it is reviewed about every 10 years by downgrading or upgrading chateaux. For many, this is much fairer and more meritocratic. But not for everyone! In 2012 Chateau Angelus was upgraded to the Premier Grand Cru Classe A. Its co-owner, Hubert de Boüard, was accused of getting his hands a bit dirty to get Angelus this upgrade. So this year Angelus announced that it does not want to participate in the next Classification that will take place later this year. Boüard's daughter, who took over the winery in 2012 (!), said in a statement that "the current system, which was unsuitable for the challenges of our Domaine and our region, so we will continue to focus on making quality wines that express the terroir ". But this was not the first loud exit. Two others preceded it, those of Chateau Cheval Blanc and Chateau Ausone. Both were originally Premier Grand Cru Classés A. As Pierre Lurton and Pierre-Olivier Clouet told Terre de Vins: "It's a difficult decision for the winery, but we simply do not recognize ourselves in the criteria for the classification. We had prepared our participation but the evaluation criteria deviated too much from what we think is fundamental: the terroir, the wine, the history". Other minor elements have taken on much greater weight in the final evaluation." Pauline Vauthier said something similar. The conclusion is that the trust in the system has been lost and that the evaluation has changed its "way of thinking", something that the historical chateaux of the region do not seem to approve. At the same time, their name and reputation are now so huge that they do not need the classification of Saint Emilion, probably it's the other way around. It remains to be seen how the 2022 classification will move on.

PREVIOUS Epic Wine Competition NEXT Chicken with lemon and macaroni