EN ΕΛ
POSTS Super Tuscans: what’s so super about them after all?
ALL | POSTS | RECIPES | BOTILIA SPOTS

SUPER TUSCANS: WHAT’S SO SUPER ABOUT THEM AFTER ALL?

WHAT ARE SUPER TUSCANS AND WHAT'S SO SUPER ABOUT THEM? TIME TO LEARN EVERYTHING ABOUT THEIR HISTORY. 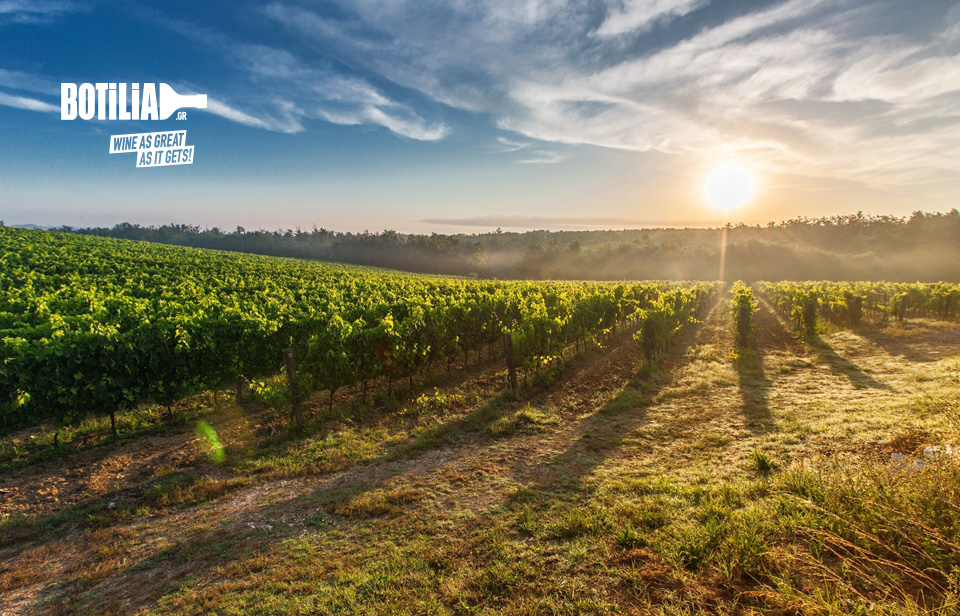 Let's take it from the beginning. Some time in the early 70's, a small group of winemakers, feeling they’ve had enough with the suffocating specifications and restrictions of Italian wine laws and how slow they were (not) going to change, decided to do their own crazy things! In order to get the Chianti DOCG classification, they were not supposed to have less than 70% Sangiovese in their blend. But you see they had other things in mind; they looked longingly towards Bordeaux…

Following the footsteps of Marchese Mario Incisa della Rocchetta, owner of the Tenuta San Guido Estate and producer since the mid-40s of the legendary Sassicaia, the wine that critic Luigi Veronelli dubbed it vino da favola (“fairy-tale wine”) and which also set the example for Super Tuscans, they decided to look beyond Sangiovese and dive into non-local varieties such as Cabernet Sauvignon, Merlot and Syrah. And they did all this, on the coast of Maremma, in the area of Bolgheri, a malaria-infested backwater, on the western coast of Tuscany just below the hills of Pruno and Bastione.
At first, it doesn't sound like the most charming of terroirs, right?

The first Super Tuscan of the new era came in 1968 from the San Felice winery and was called Vigorello. The most famous, however, is certainly Tignanello, which came out in 1971 by Piero Antinori, 25th (!) generation of the winery and nephew of the Marquis della Rocchetta. A blend of 80% Sangiovese, 15% Cabernet Sauvignon and 5% Cabernet Franc that made Italian wine lovers say, in their slightly broken French, “Oh, mon dieu!”

As you might understand much of the wine world, did not take all of that very well!
They even called these wines "vino da tavola" (table wine), somewhat pejoratively, since they did not meet the regulations not even for the Chianti DOCG, while at the same time they were produced outside of the Bolgheri DOC. But no matter what, they were great wines! Perhpas it was the first-use French oak barrels, perhaps the Merlot and Cabernet Franc that complement the kind of aggressive Sangiovese, the Super Tuscans were a real revolution in their time.

The term came in a bit later -in the mid 80s- (some say by Burt Anderson,
some by Nicolas Belfrage MW and some others by Robert Parker, little difference does it make) and boosted the birth of the legend...

So, what was it so revolutionary about these wines that the Tuscan region or the whole of Italy had not seen before, you might ask.

Deep red and black fruit, tobacco and spices on the nose, ageing in first use French oak barrels, medium to high alcohol. Many compared it to Bordeaux, either to the left or the right bank,due to the strong presence of Cabernet Sauvignon or Merlot respectively. At the same time, soil in Bolgheri is mainly rocky similar to the one in Graves, in Bordeaux’s left bank.

Enough with the historical review and all these great things that happened almost 50 years ago.
Now the question is: on the present day, do they still deserve their “Super” name? Now, there are oposing opinions on this one.There are those who easily say yes. That the revolution they brought back then is still meaningfull, that they showed Chianti as a region with a much wider dynamic than the “narrow” Sangiovese limits imposed by the Italian wine legislation and that Tuscan can look France dead in the eyes, with wines at a significantly lower final price.

However, though we may upset some people, most voices -including ours- would suggest otherwise.  “While Super-Tuscans may be super, they’ve become less and less Tuscan" says Marco Pallanti, winemaker, director of Castello di Ama and president of Chianti Classico consorzio.

At a time when critics and consumers worldwide are going local in all of its aspects -local varieties that express the local terroir and so on- what's the point of drinking a Merlot that it might be nearly impossible to tell the difference if it comes from Tuscany, Chile or Australia? Merlot is an unfit grape for Tuscany, as are other early-ripening varieties that will never really adapt to the hotter and drier climates of central and southern Italy, which proves that going local ultimately has a deeper meaning than just an act of chauvinism.

And if an experiment makes sense when it produces something new, how new can that remain 50 years later? “Pioneer producers and oenologists, like Giacomo Tachis, who decided to make wines from a Bordeaux blend and age them in French wood in a very particular microclimate of Tuscany, certainly deserve our recognition fot their originality. But those who followed are mere copies and have never been as good as the original”, says Francesco Franzinelli, 12th generation winemaker of the Socini Guelfi family. Even Super Tuscans producers themselves often admit that Super Tuscans may now have come to an end. "These fruitbombs once adored but now spurned, have proven to be monotonous wines with dense concentration, excessively plush fruit accented by coffee and vanilla flavors, overripe tannins and less and less acidity ", Piero Antinori confesses, many decades after Tignanello's first vintage.

In the world of wine and in general, everything that reaches a mythical realm succeeds so for a reason and within a specific -historical and other- context. This doesn’t mean, however, that this reason will be forever present, and thus the mythical realm always justified.

But enough from us. Now it’s up to you to take your wine tour on the shores of western Tuscany tasitng a Biserno 2018, a Le Difese 2020 or a Romitoro 2020 and draw your own conclusions. Whatever these are, the journey is definitely worth it!

PS: And because we like really fancy terms that include the word ‘Super’, stay tuned for a future post we will tell you about all the Super Seconds on the left bank of our beloved Bordeaux. And there we can talk about breaking tradition!